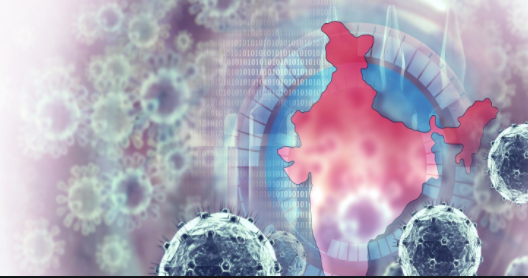 Even as experts stress stepping up vaccinations to fight the surge in cases, states have been scrambling to arrange enough doses. Union health minister Harsh Vardhan will hold a meeting with the health ministers of Jammu and Kashmir, Uttarakhand, Haryana, Punjab, Bihar, Jharkhand, Odisha and Telangana.

India’s daily Covid death count hit a new grim record with 4,205 deaths in the last 24 hours; 3,48,421 fresh cases have been added to the active caseload amid the battle against the second wave, which has raised global concern.

India has been severely affected by the unprecedented second wave of the coronavirus and hospitals in several states are reeling under the shortage of health workers, vaccines, oxygen, drugs and beds. The reason that India is in such dire straits now is that they had an original surge and made the incorrect assumption that they were finished with it, and what happened, they opened up prematurely and wind up having a surge right now that we’re all very well aware of is extremely devastating,” Dr Fauci told the US Senate Health, Education, Labour and Pensions Committee during a hearing on Tuesday on the COVID-19 Response.