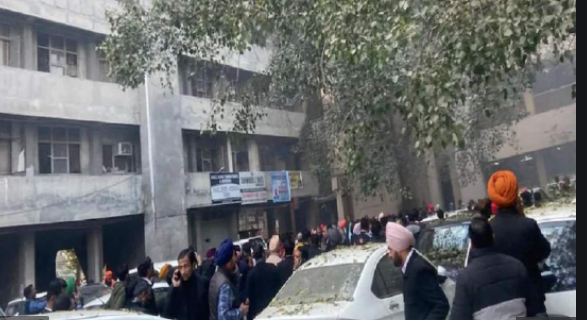 Two people were killed and four seriously injured in a blast inside a court complex in Ludhiana in Punjab this afternoon. Chief Minister Charanjit Channi said that the blast was carried to disrupt law and order in the city ahead of assembly polls.

The blast reportedly took place at 12:22 pm inside a bathroom on the second floor of the building. The explosion damaged the walls of the bathroom and ripped through a section of the building, besides shattering glass in nearby rooms. The district court was crowded and functioning when the explosion took place.