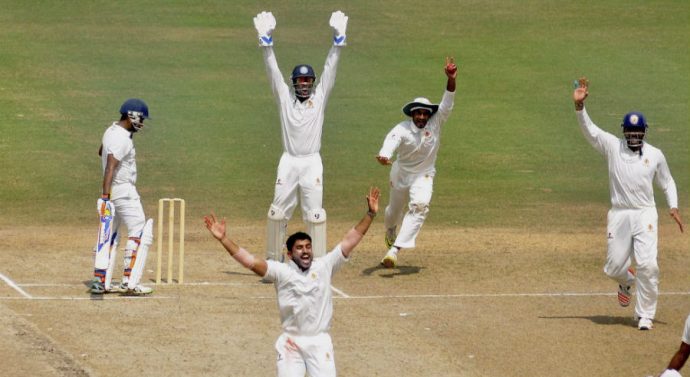 Maharashtra scripted an innings and 52 run win over Assam to take seven focuses from their Ranji Trophy Group B coordinate here today.

After reducing Assam to 115 for six in their second innings, Maharashtra required 27 overs in on day four morning to bowl the opposition out for 234.

Assam had to follow on after they made 256 in response to Maharashtra’s 542.

Medium pacer Anupam Sanklecha bagged the Man of Match award for his 12 wicket haul in the match.

This morning saw new ball bowler Moshin Sayyad take a brace of wickets (tally 4/47) while former Tamil Nadu batsman Arun Kathick remained unbeaten on 87 with the other big effort coming from Sarupam Purkayastha, who made 69.

Maharashtra (first innings) 542 all out