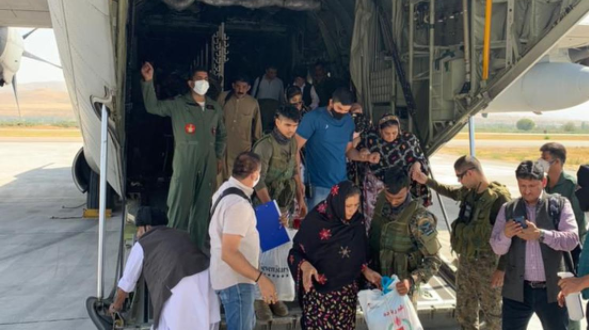 All Afghan nationals can now travel to India only on an e-visa, the Ministry of Home Affairs announced this afternoon, spotlighting the security situation in the war-ravaged country since the return of the Taliban. Owing to the prevailing security situation in Afghanistan and streamlining of the visa process by introduction of the ”e-Emergency X-Misc visa”, it has been decided that all Afghan nationals henceforth must travel to India only on e-Visa,” the Ministry said in a statement.

As Indian missions in Afghanistan are shut, the applications will be examined and processed in New Delhi, reported news agency PTI quoting officials. A total of 626 people, including 228 Indian citizens, have been evacuated from Afghanistan till now, informed Minister Hardeep Puri. He also informed that 77 among them were Afghan Sikhs. The number of Indian citizens evacuated does not include those working in the Indian Embassy, Mr Puri added. India had earlier announced that it would “facilitate repatriation to India of those who wish to leave Afghanistan” and said Hindus and Sikhs from the country will be given priority.