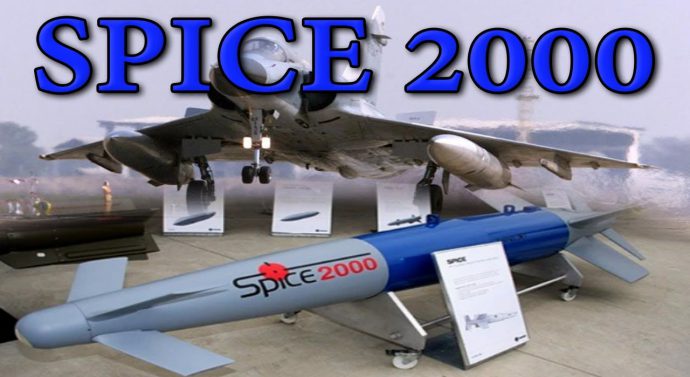 The military capacity of the Indian Air Force has increased considerably between the relations between India and Pakistan. The process of induction of Spice-2000 laser guided bombs into the Air Force fleet has started. Israel has started supplying these laser guided bombs. The first batch of Spice 2000 bombs with Mark 84 warheads and bombs reached Gwalior on Sunday.

Currently, the Mirage-2000 aircraft of the Indian Air Force are equipped with Spice-2000 bombs. These are the same Spice 2000 laser guided bombs that the Indian Air Force used to wreak havoc in Balakot, Pakistan and attacked the terrorist camp of terrorist organization Jaish-e-Mohammed and dumped it in the dust.

These laser guided bombs are so dangerous that they can destroy the entire building at once. It has also been learned that after the completion of the current deal of laser-guided bombs costing Rs 300 crore, the Air Force will order to buy a large number of bombs.

The Indian Air Force was also preparing to equip Sukhoi-30 MKI with Israel’s Spice-2000 bombs to further strengthen its fighters. However, it is not known whether this process has been completed or is going on.

These laser guided bombs are considered to be the best for hitting the target. By targeting these bombs with fighter planes, the enemy can be destroyed in a few seconds. This laser guided Spice 2000 bomb can easily destroy the bunkers of enemies and terrorists. This bomb can easily collapse the entire building using a warhead.

First India bought 200 units of Spice-2000 Smart Bomb from Israel. Its specialty is that it is fitted with a GPS Guidance Kit, which can accurately target unplugged bombs falling in the air.