Home / World / Announcement of Netanyahu before voting- If he wins the election, he will occupy the West Bank 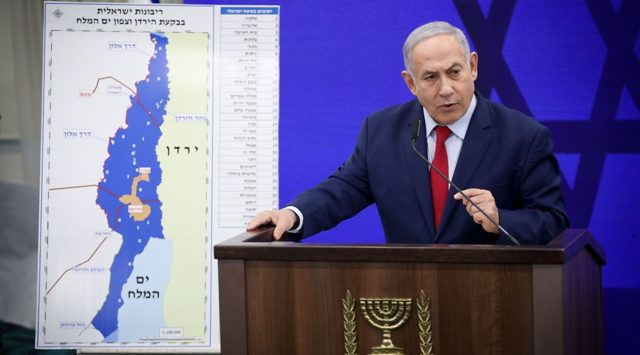 ust before the Prime Minister’s election in Israel, the current Prime Minister Benjamin Netanyahu has made a big statement. During a press conference on Tuesday, he was asked about the West Bank, he said clearly that if he becomes Prime Minister again, Israeli settlements will be established in the West Bank. After Netanyahu’s statement, the world is once again eyeing the politics of the region.

Actually, there has been a dispute between Palestine and Israel for decades on the part of this West Bank, every day these countries keep firing and missiles at each other. But this issue is not being resolved, now this statement of Benjamin Netanyahu on this issue can change the picture of the election. Israel is to vote on September 17.

In the press conference, the Israeli Prime Minister said that if he comes to power again, he will take the expansion of Israel to the Jordan Valley and the North Dead Sea. Now the Jews living there will be given more facilities.

Apart from this, the Israeli PM made another big claim. He said that US President Donald Trump is also with Israel on this issue. Netanyahu said that we are moving forward on this deal and America has not raised any issues on this issue. At the same time, the statement from the US said that there is no statement in our policy regarding Israel, but he will release his new vision after the general election.

Significantly, there has been a dispute between Israel and the Palestinians for decades. If we talk about the West Bank only, then millions of Jews have been settled here by Israel. But about 2.5 million Palestinian people live in this part.