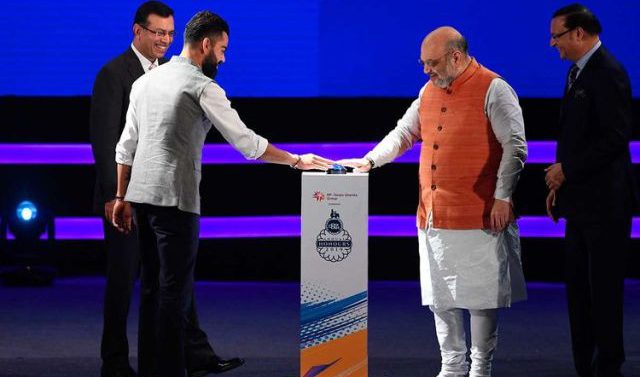 The name of Delhi’s Ferozeshah Kotla Stadium was changed on Thursday. Now it will be known as Arun Jaitley Stadium. With this, a stand of the stadium was named after the captain of the Indian cricket team, Virat Kohli. The Delhi and District Cricket Association (DDCA) has already stated that the stadium will be named Arun Jaitley Stadium, while the name of the ground will remain Ferozeshah Kotla. Home Minister Amit Shah and Sports Minister Kiran Rijiju also participated in the new naming ceremony.

Virat Kohli, his wife Anushka Sharma, head coach Ravi Shastri and all the players of Team India were present at the ceremony held at Jawaharlal Nehru Stadium. On Friday, the players of the team reached Delhi on Thursday to leave for Dharamshala T20 series.

Virat Kohli said, ‘When I left home today, I told my family an anecdote I remember I got a ticket to watch a match at the stadium in 2001 and I asked for autograph from the players today A stand was made in the same stadium in my name, this is a real and a great honor.

Arun Jaitley died on 24 August. He was the chairman of DDCA and the vice-chairman of the Board of Control for Cricket in India (BCCI). The credit goes to Arun Jaitley for making the stadium equipped with modern facilities and building a world-class dressing room with increasing spectator capacity.

South African team captained by wicketkeeper batsman Quinton de Kock will play the first T20 match at Dharamshala on 15 September. The second and third T20 matches will be played in Mohali and Bengaluru on September 18 and 22 respectively.