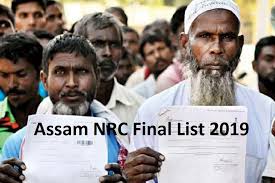 After attending six hearings, 70-year-old Prantosh Roy, a businessman in Assam’s largest city Guwahati, has a question for the government: why are ordinary people being forced to suffer the pain of India’s partition decades later?

Roy says his grandfather was born in Krishnanagar city of West Bengal’s Nadia district and relocated to Brahmanbaria in Tripura district of then East Pakistan about a century ago. While his elder brother moved to Assam in 1951, Roy came to Guwahati in 1960. He proudly displays a picture of him with Assam chief minister Sarbananda Sonowal when he was felicitated along with others for serving a 19-month jail term during the Emergency. He has also been associated with All Assam Students Union, the body that first mooted the idea of creating an NRC. But still, Roy, has had to attend four hearings since 15 May 2019 and will be watching keenly the last list for his name.