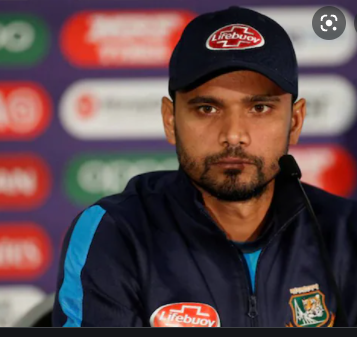 Former Bangladesh cricket captain Mashrafe Bin Mortaza has condemned the recent attacks against the Hindu community in his country, saying this is “not the red and green we wanted to see”.

One was Bangladesh cricket team’s, which was painful. The other was of the whole Bangladesh – one that has shattered my heart. This is not the red and green we wanted to see. So many dreams, so many hard-earned victories lost in a flash. May Allah guide us,” he wrote.

The “‘two losses” he referred to were the Bangladesh team’s defeat to Scotland in the T20 World Cup, and Sunday’s communal violence in Rangpur where at least 29 homes of Hindus were set on fire.

Communal tensions in Bangladesh reportedly flared when a copy of the Quran was placed at a Durga Puja pandal in Nanua Dighir Par in Comilla last week.