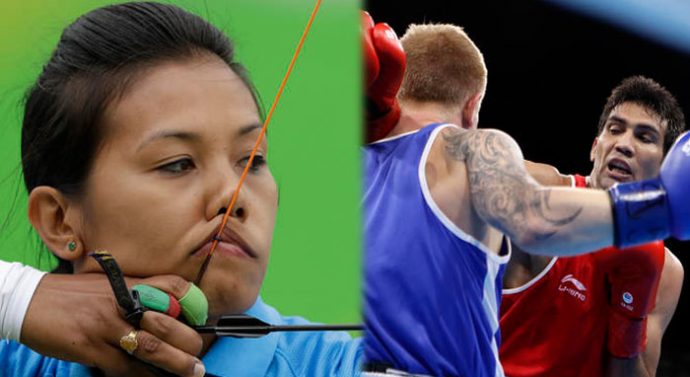 *From Rio Olympic – various result on day 5 for India on Wednesday. *Bombayla and Deepika advanced into the 1/8 Eliminations round of the women’s individual archery competion while Manoj displayed excellent defense and counter-punching skills to beat Petrauskas by split decision in the Round of 32 of the men’s Light Welterweight (64kg) category at the Riocentrio Pavilion.

*It was yet another spectacular night for India in Rio de Janerio with Deepika Kumari returned to doing what she does best – winning, Deepika Kumari won hearts with her performance in Round of 32 by beating Kristine Esebua in her first clash.

* Manoj Kumar following it up with one of the biggest upsets of the tournament so far. He beat Olympic bronze medalist Petrauskas.

*Shooting brought disappointing to India at day 5, Jitu ray had to settle for 12th position as his shots were way too off target.

*Indian women hockey performance unsatisfactory for them, Hockey-women-Getty India’s Women hockey team suffered another humiliate defeat in the hands of Australia as they were hammered by 1-6 in a goal fest.