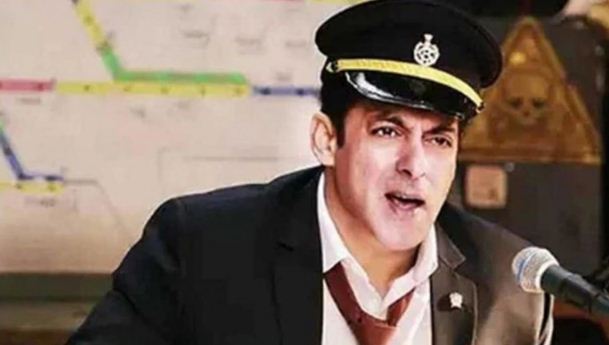 Bigg Boss is the most awaited reality TV Show across the country. By the looks of it, Bigg Boss is going to return to Colors very soon for its thirteenth season run. Colors have reportedly released a topsy turvy promo for the forthcoming thirteenth season. The promo features “Bhaijaan” aka Salman Khan dressed as a station master. During the promo, Salman Khan was heard saying that the contestants are going to reach to their destinations in four weeks.

ColorsTV took it to the official Twitter account and captioned; the viewers should get ready to hop onto the forthcoming entertainment that is coming into effect with Bigg Boss Season 13. Salman Khan then tweeted that the 13th season is his and his alone. Moreover, the 13th season will be extremely twisted for the contestants.

Sources suggest that the production house behind Bigg Boss 13 is going to move to a different location, FilmCity in Mumbai. By the looks of it, this is the first time that Bigg Boss is shifting its dedicated location. There is a highly likely chance the thirteenth season is going to have an entire youthful vibe.

In the previous season, the house was modeled like a beach. However, this season doesn’t come with a specific theme. ColorsTV has hinted that the new season will revolve around war. Even before the premiere episode of Bigg Boss Season 13, a hashtag is currently trending, namely, #BB13War. The hashtag has sparked a significant amount of speculation that the forthcoming season will have a considerable amount of drama.

The new report also suggests that Season 13 will not involve any commoners or “aam aadmi” in the show. The showrunners decided that Season 13 would exclusively feature celebrities.