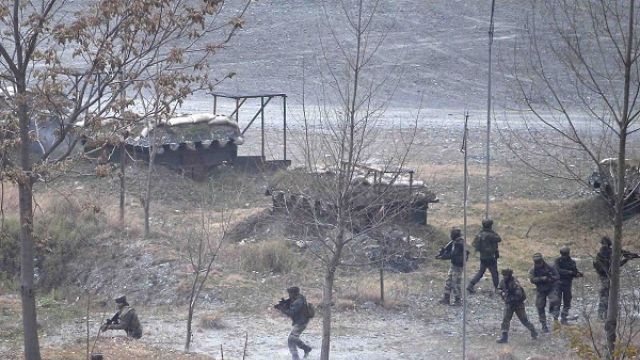 Uri in Kashmir by Indian troops retaliated after the attack on the military headquarters has begun. Army troops went across the LOC has piled around 20 militants. Although not confirmed by official sources. English news site The Quint “military sources said that two units of about 18 to 20 soldiers attacked the terror camps in PoK three in which 20 militants were killed. This action is also reported to have injured 200 others. The operation was carried out by the Indian Army that English website The Quint “Army sources quoted by the elite paras 18 to 20 units of soldiers was 2. He rode on military helicopters entered Pakistan-occupied Kashmir. Terrorist attack on the camp was three. About 20 suspected militants were killed. It is also being said that about 200 people were injured in the operation said. Military sources said that “The Quint” is told. It’s The Quint ‘claims. According to him, the operation has been done in the intervening night of 20-21. On the night of September 20 was declared a no-fly zone POK Pakistan army operation is indicated by bold meet POK Pakistan on the night of September 20 was declared a no-fly zone. Pakistan International airlines airspace restrictions due to the northern Pakistani cities, including Gilgit-bound flights canceled. Danyal Gilani on Pakistan International Airlines spokesman tweeted Tuesday. Parrikar said the evening had been so silent PM Modi Defence Minister Manohar Parrikar on Wednesday evening to take action on the perpetrators of the terrorist attack Uri had indicated. For the government to punish the guilty severely. Cross-border terrorist attacks in India will not be tolerated. Parrikar said that the Prime Minister has said something, then they assume that something is going on and decide after the attack that shook Uri need answers. Nawaz Sharif was nervous after the attack, India’s political and military movement Uri bewildered by his army chief Raheel Sharif, Pakistan’s Prime Minister Nawaz Sharif had also spoken to. They are now at the UN, but the action of the sweat of Pakistan have been omitted. Twitter’s top trending “Spl Forces Cross LoC” The impact of this news on Twitter seems. Night after the news on Twitter, “Spl Forces Cross LoC” was in top trending. With the reaction expressed by those hash tags. Information relating to the alleged action of the night were nearly three thousand times the tweets and retweets.