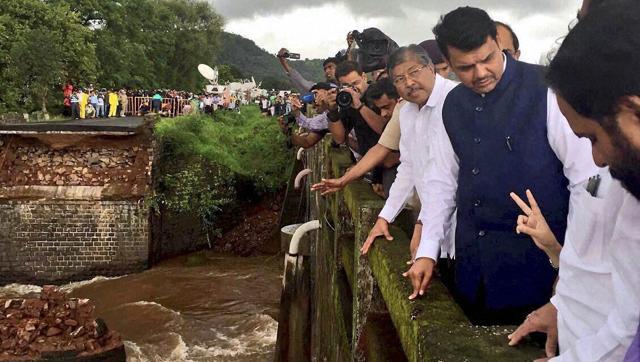 In Maharashtra, On Thursday, Three bodies were recovered from the swollen Savitri River after two state-run buses and some other vehicles got washed away following the collapse of a British-era bridge in Raigad district. At incident site, CM Fadnavis announces judicial probe in Mahad bridge tragedy, even as rescue workers lowered a 300-kg magnet to trace the missing vehicles.

In these unfortunate incidents At least 29 people are missing since two buses and about 10 private vehicles fell into a swollen Savitri river.

Over 40 hours after the swollen Savitri River in Mahad Bridge washed away a century-old British era bridge, taking with it two buses and at least one SUV, At least 29 persons are missing and feared dead in the accident. Search and rescue teams are losing hope of finding survivors. After rescue two bus wrecks found 8 days and on search operation 3 bodies also found.