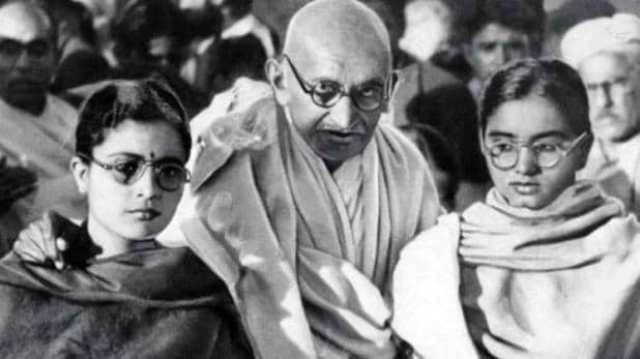 ahatma Gandhi: Today on his 150th birth anniversary, the whole nation is remembering him. Mahatma Gandhi was born on 2 October 1869 in Porbandar, Gujarat. He taught non-violence to people all his life. The British also had to bow to him. The country had become independent. The people of India were happy. Democracy was starting to ripple in the country. But this happiness turned into national mourning when Gandhiji was shot dead at Birla Bhavan in New Delhi on 30 January 1948. We are telling you in detail the whole incident, which has become a sad chapter in the history of India.

It was the day of 30 January 1948. Gandhiji called Sardar Patel to meet him for talks at 4 pm. Patel along with his daughter Maniben reached to meet Gandhiji on time. A prayer meeting was held at Birla Bhavan every evening at 5 pm. Gandhiji did not forget to attend this meeting whenever he was in Delhi. It was 5 in the evening. Gandhiji was busy in meeting with Sardar Patel. Suddenly, Gandhi ji saw the clock at 5 o’clock and he remembered that time was going out for prayer.

After finishing the meeting, Bapuji was moving towards the podium to join the prayer meeting with hands on the shoulders of Abha and Manu, when suddenly Nathuram Vinayak Godse came in front of him. Godse folded his hands in front of Gandhiji in front of him and said- ‘Namaste Bapu!’, Then Manu, who is walking with Bapuji, said- Brother, go away from the front, let Bapu go, it is already late.

Suddenly, Godse pushed Manu and pointed out in front of Gandhiji, a small barreta pistol hidden in his hands, and shot three bullets one after the other on Gandhiji’s chest. Two bullets passed through Bapu’s body, while one bullet remained stuck in his body, and Gandhiji fell there.

After Gandhiji’s assassination, Nathuram had admitted in his statement that we have killed Gandhi only. Nathuram later took the name of his younger brother Gopal Godse as the second accused. Godse, confessing his crime, had said, “At 4.50 pm on Friday evening, I reached the gate of Birla Bhavan, I was able to enter the middle of a flock of four and five people and swarm the security. I hid myself in the crowd, so that no one suspected me.

Godse had told that ‘At 5.10 pm I saw Gandhi ji leaving his room and going towards the prayer meeting. There were two girls next to Gandhiji, with his hand on his shoulder, he was walking. I first saw Gandhi coming in front of me, bowed with folded hands for his great works and separated the two girls from them and opened fire. I was going to shoot only two. But the third one also went and Gandhiji fell there itself.

After the arrest, Nathuram Godse said, ‘When we fired three bullets at Gandhiji one after the other, the people standing around Gandhiji ran away. I also put both hands up for surrender, after that no one was daring to come to me, even the policemen were watching from a distance. I myself shouted the police, after about 5-6 minutes a person came to me. After that, a crowd gathered in front of me and people started beating me.

The news of Mahatma Gandhi’s assassination spread like fire within minutes. Gandhi’s body was kept covered in Birla House itself. Then his youngest son Devdas Gandhi reached there and removed the cloth from Bapu’s body, he said that the world should see the violence with the priest of non-violence.

The FIR for Bapu’s murder was also registered at Tughlaq Road police station in Delhi on the same day i.e. January 30. A copy of the FIR was written in Urdu, in which the entire incident was told. Today, she has kept the pages of the FIR in the record room of Tughlaq Road, Delhi.

After Gandhi’s assassination, 8 people including Nathuram Godse were accused in this case. Out of which Digambar Badge was acquitted for becoming a government witness. At the same time, Shankar Kistaiya got an apology from the High Court. While no evidence was found against Veer Savarkar, he was acquitted. Out of the remaining 5 accused, Gopal Godse, Madanlal Pahwa and Vishnu Ramakrishna Karkare were sentenced to life imprisonment. While Nathuram Godse and Narayan Apte were hanged on 15 November 1949.

Let me tell you that even before 30 January 1948, Nathuram Godse tried unsuccessfully in May 1934 and September 1944 for the murder of Bapu. Failing his plot, he went back to Mumbai with his friend Narayan Apte. Together with Dattatraya Parchure and Gangadhar Dandavate, these two bought a pistol named Barreta. On 29 January 1948, both of them reached Delhi again and stayed in the retiring room number 6 of the railway station.