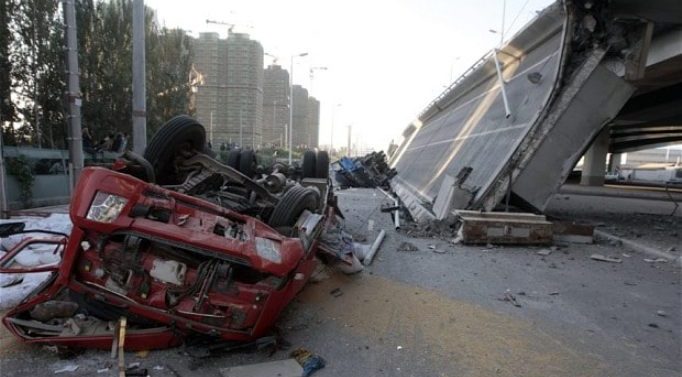 Five people were injured and three others went missing after a bridge collapsed today in China’s Jiangxi province while it was being dismantled. Incidence happen in the china with Collapse Bridge. There are five injured in that incidence.

The bridge collapsed in Taihe County. The five who sustained injuries have been admitted to hospital, state-run Xinhua News agency reported.