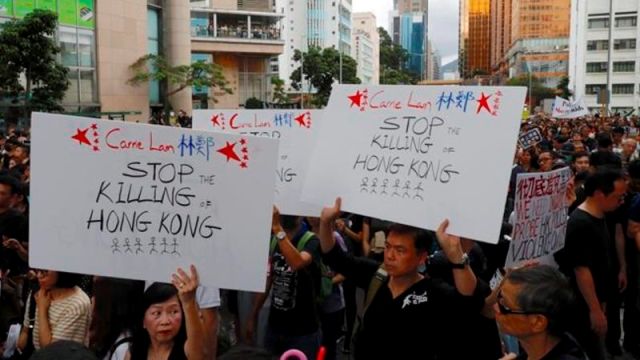 China has become aggressive about the demonstrations in Hong Kong. Chinese Ambassador to India Sun Weidong said that Hong Kong is our internal matter. Some external forces are interfering in China’s internal affairs and deliberately presenting violent crimes as peaceful protests. China said that a double standard is being adopted regarding Hong Kong.

Let us know that some countries of the world including America, Britain have expressed concern over the anti-China protests in Hong Kong. Some US lawmakers have said that China should also worry about human rights before taking action on protesters in Hong Kong. Recently, China used water canons on protesters. China said that the statement of some US politicians is the real purpose of allowing criminals to harm Hong Kong and completely ruin Hong Kong’s legal regime.

China also criticized the statement of G-7 countries over the Hong Kong demonstration. Foreign Ministry spokesman Geng Shuang accused the G7 of interfering in Hong Kong’s case and said the issue was an internal matter of China. “Nobody cares about Hong Kong’s prosperity and stability other than Hong Kong citizens and other Chinese people and we can handle our own affairs well,” Geng said.