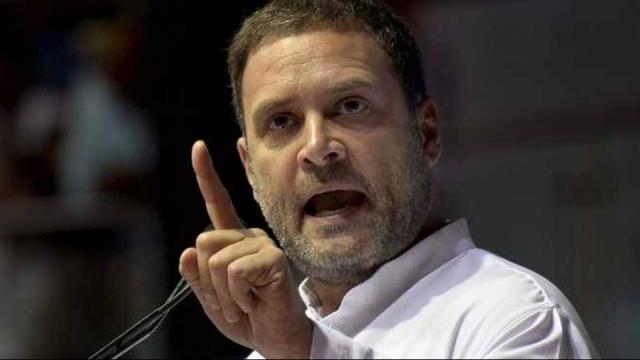 Rahul Gandhi:In a clear message that the country was united in its stand on Kashmir, Opposition leader Rahul Gandhi on Wednesday said that there is no scope for any foreign country to interfere in it and called Pakistan the prime supporter of terror.

The statement comes amid heightened tension between India and Pakistan after the government in its August 5 decision scrapped Jammu and Kashmir’s special status and divided the state into two Union Territories. Pakistan has since been trying to trump up international support on the issue but with limited success.

I disagree with this Govt. on many issues. But, let me make this absolutely clear: Kashmir is India’s internal issue & there is no room for Pakistan or any other foreign country to interfere in it, Rahul Gandhi tweeted on Wednesday.

There is violence in Jammu & Kashmir because it is instigated and supported by Pakistan which is known to be the prime supporter of terrorism across the world, the Congress leader added.

Rahul Gandhi statement comes days after his showdown with the state administration over an Opposition delegations visit to the Valley. The team was sent back from Srinagar airport, prompting the Congress leader to call it brute force. Leaders of the Opposition & the Press got a taste of the draconian administration & brute force unleashed on the people of J&K when we tried to visit Srinagar yesterday, Gandhi said.