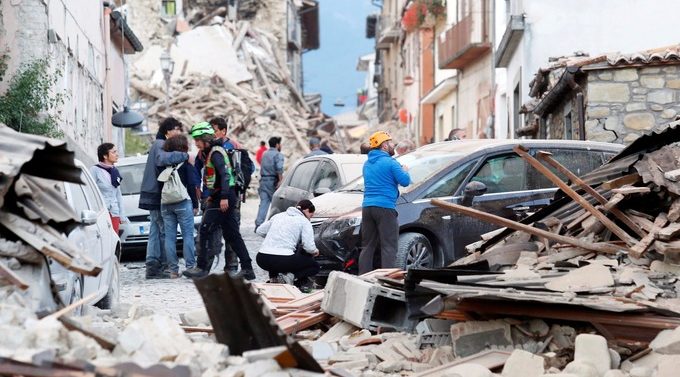 A powerful earthquake with 6.2 magnitudes arises in Italy. In the small Italian towns hit hard by a magnitude-6.2 earthquake that struck in the middle of the night, rescuers feverishly dug through the rubble of downed homes and apartments looking for survivors. Matteo Renzi, the Italian Prime Minister, had previously said at least 120 people have been killed by the earthquake that struck Italy in the early hours of Wednesday morning. The magnitude-6.2 quake struck at 03:36 (01:36 GMT), 100km (65 miles) north-east of Rome, not far from Perugia.

The 6.2 magnitude quake, which sent residents fleeing their homes and running into the streets, is Italy’s deadliest since a 2009 quake in the same area. In this trouble incidence a family of four were also trapped under the rubble and showing no signs of life.