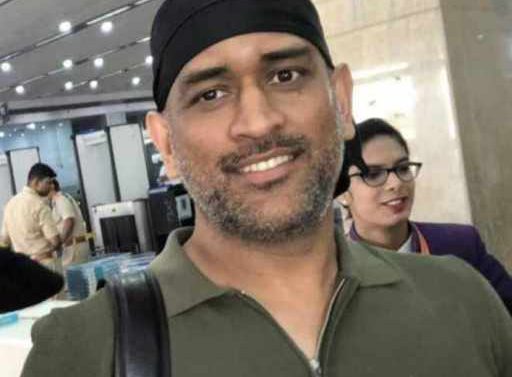 Former India captain and legendary wicketkeeper batsman Mahendra Singh Dhoni is away from the cricket field these days. Recently Dhoni appeared at Jaipur Airport. Dhoni came in front of his fans this time in a different look. Photos of this new look of Dhoni are becoming viral on social media.

Dhoni was seen wearing a black cloth over his head like army commandos. They stayed in Jaipur for about six hours. During this he stayed in a hotel. After which he left for Delhi by evening flight.

Recently, Dhoni appeared in army uniform during his training in the army in Jammu and Kashmir and after that he appeared in this different style. Dhoni wore a military-colored T-shirt, black pants and a headgear.

Dhoni’s arrival at the airport was so crowded that security personnel had to fight hard to get his car out of there. Let us know that Dhoni is away from cricket after the World Cup, he sought leave from the BCCI for 2 months. During this time he completed his two-week training in Jammu and Kashmir with the Territorial Army Unit. Dhoni has got an honorary title of Lieutenant Colonel in the army.

Dhoni did not accompany Team India for the West Indies tour. In the World Cup, he was subject to criticism due to slow batting. The news of his retirement was also intensified. However, this did not happen.