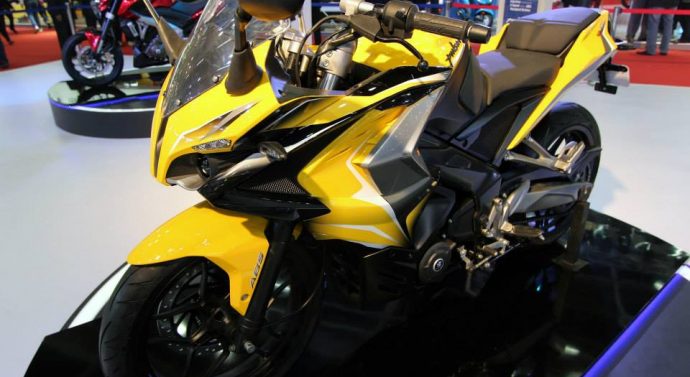 About a week ago, some reports noted that its new flagship Bajaj Pulsar bike VS400 is planning to launch within a month. However, company officials recently announced that the launch of this bike for some time has been postponed. This bike can enter the market after the festive season.

Explore interacting S Ravikumar, President of Business Development, Bajaj Auto, said the company is focusing on festive demand and a later decision will be taken at the launch of Pulsar 400 cc.

Bajaj Pulsar 400 cc The foremost upcoming VS Bajaj Pulsar 400 was renamed. Auto X is displayed during the 2016 CS Concept model was introduced with 400 moniker. Now the bike is named VS 400.

The name change has been observed in the power of the bike. Bajaj Pulsar 373 cc bike VS 400, single-cylinder, Likwd-cooled engine will be. This engine is also used in the KTM 390 Duke.

A look at the power of the new VS 400 34.5 PS power it generates from the KTM is less than 10 ps. The new bike Bajaj role is crucial for the company in India with affordable VS 400 is the beginning of cruiser bikes.