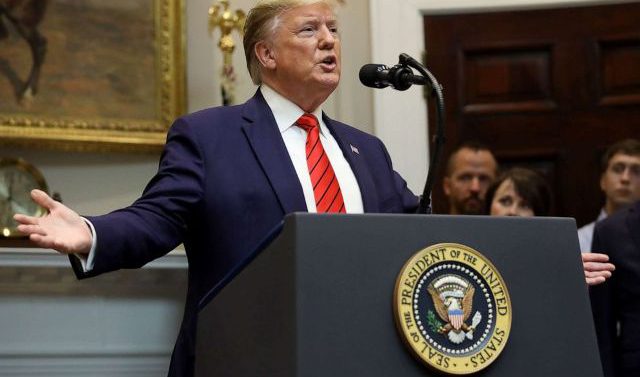 The US has given a big shock to Turkey, which is bombing Syrian areas. US President Donald Trump had already warned Turkey that if he did not stop his attack, he would ruin it. Now on Tuesday morning Donald Trump has started his action and has increased the steel tariff for Turkey. Also announced to end the 100 million US dollar deal.

Turkey started attacking the Kurdish fighters as soon as the US army moved out of the Syrian areas, while also trying to capture some part of Syria. After this, Turkey was warned by Donald Trump.

Trump has also signed this order taking action on Turkey. At the same time, the US Finance Ministry has put Turkey’s Defense Minister, Interior Minister and Energy Minister on the list, as well as Donald Trump has written a letter to the US House of Representatives, calling Turkey’s case a National Emergency.

Donald Trump said in one of his statements that the actions taken by the US on Turkey are going to shock them. Because human rights are being violated by Turkey and work is being done to disturb the peace and security of Syria. The US President again warned that if Turkey does not stop, it will ruin its economy.

Turkey’s leaders, ministers, businessmen have been put in the list of lists from America, they will not be able to get entry in America. In this order, apart from financial sanctions, confiscation of property, no entry in the US, prohibition of 100 billion US dollar deal. In May, the US reduced steel tariffs for Turkey, but now they have been increased by 50 percent.

Recently, US President Donald Trump announced the withdrawal of US forces from Syria. After this, from 9-10 October, US forces started withdrawing from some areas of Syria and immediately Turkish forces started attacking the Kurdish fighters present there. These attacks were announced on Twitter by Turkish President Tayyip Androgan himself.