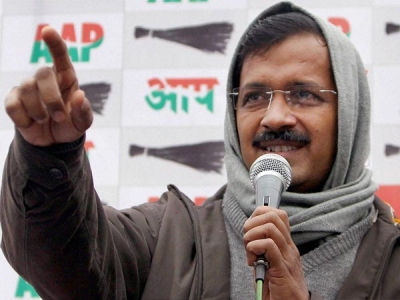 A total of seven electric appliances in Omar’s house include fan fridge and light, but Mohammed Omar also understands the expensive political game behind cheap electricity. Omar says, “Earlier, electricity was getting cheaper, now it is getting free on electricity, it is a good thing, but what is the real intention, then it will be known when electricity will continue to be available even after Delhi elections.”

Other consumers who take advantage of free electricity live in their small house among the busiest markets of Sunil Karol Bagh. There is nothing more than two fans, fridge in the house. A portion of the house has been given on rent, but two separate meters of electricity are installed. The bill of both meters has come on their phone from BSES and both the meter bills are zero.

Sunil says that his electricity bill used to come from 400 to 500 rupees every month, but this time he is happy that the electricity bill is zero. According to Sunil, he does not know whether this is an electoral gift or the intention of the Kejriwal government, but he has benefited at the moment, so he is happy.

Actually, Kejriwal started his politics with the issue of electricity, when in 2013 he opened a front against the then Chief Minister Sheila Dixit over the increased power prices. Kejriwal sat on hunger strike to get electricity prices back.

Not only this, in the 2013 assembly elections Kejriwal appealed to the people not to fill up the increased electricity bills. When the connections of many houses were cut by the Electricity Department, Kejriwal went to his house and connected the wires with his hands.

When Kejriwal won the election for the first time in 2013 and became the Chief Minister for 49 days, within a week of joining the government, he gave a 50% concession on electricity prices in Delhi. When Kejriwal returned to Delhi with an absolute majority in the 2015 assembly elections, he again fulfilled his promise by giving a gift to the people of Delhi and introduced 50 percent subsidy on electricity prices up to 400 units.

Now before the 2020 assembly elections, Kejriwal gave free gifts of up to 200 units directly to Delhiites. A month passed after the announcement, and as soon as people’s bills started coming in, no one was sure that electricity bills could be zero. That is, if you spend up to 200 units in Delhi, your electricity bill will be zero.