Home / World / Emraan’s cold attitude, now said – I will not do nuclear attack against India first 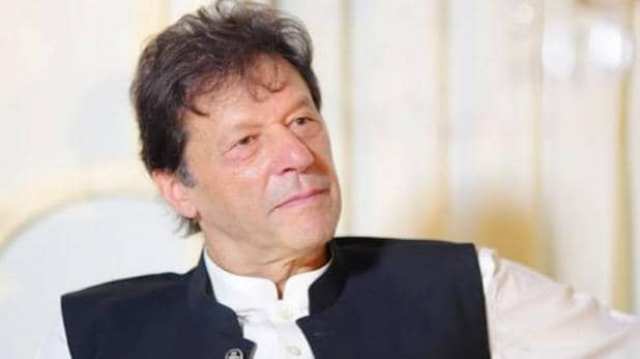 Tension between India and Pakistan is at its peak after the removal of Article 370 from Jammu and Kashmir. Pakistan’s Prime Minister Imran Khan and his ministers have been constantly warning of war.

Despite mentioning the war between two nuclear-rich neighbors on the issue of Kashmir, when Pakistan became isolated, now the attitude of Pakistan has started to soften.

The uneasiness against the world community of Pakistan Prime Minister Imran Khan, which has been isolated on the global forums on the Kashmir issue, is also visible. Recently, he had triggered the nuclear war with India.

Separated in the world on Kashmir, PM Imran Khan said that it is necessary for the international community to think beyond trade and business benefits.

It is important to note that recently Imran had said that if there was a war between India and Pakistan armed with nuclear weapons, its results would not be limited to only two countries. The world will have to face its serious consequences.

Imran also requested the US to intervene. During the recently concluded G-7 summit in France, US President Donald Trump and Indian Prime Minister Narendra Modi also met, but Trump also said that the two countries should resolve the issues through negotiations.

When Pakistan Prime Minister Imran Khan was isolated in the world, then the Muslim raga also came out. Imran said that Muslims are being oppressed in Kashmir, so the world is silent. But even Muslim rants did not work for Imran and Pakistan did not get support from Muslim countries either.

The railway minister of Imran Khan was seen two steps ahead of him in the war of words. Pakistani Railway Minister Sheikh Rashid had also given the date of the war between India and Pakistan. Rashid had said that there would be war in the month of October-November. Many ministers of Pakistan’s Imran government, including Rashid, continued to threaten war.

I will not do nuclear attack against India first