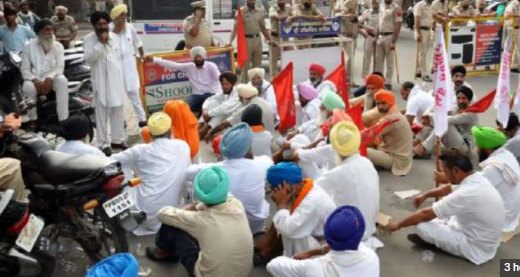 Union Minister Ajay Misra on Sunday said that the three BJP workers who died during the Lakhimpur Kheri incident was unfortunate and the way the incident took place in the presence of officials shows the negligence of both police and the administration.

Farmers were allowed to take over a road and then the route was not barricaded by police. Shyam Sundar Nishad, one of the workers was alive with police and had reached an ambulance but was dragged out and killed. The guilty cops will not be spared and the government will conduct a probe against them,” Misra, while speaking at a prayer meeting in Sigha Khurd village said.