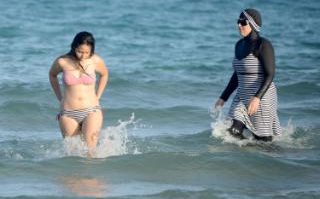 Twenty two towns in France are maintaining a ban on the burkini despite court rulings that have said mayors have no legal right to dictate what women wear on the beach.
More than 30 towns initially had imposed a ban on the swimwear, which covers the body from head to toe, leaving only the face, hands and feet exposed. French courts have already ruled that mayors in Villeneuve-Loubet and Cannes, among others, had no legal right to impose such dress codes. Bans in other cities also face challenges in court, one by one.

The burkini is worn mostly by Muslim women, and officials say the bans are a response to growing terror concerns after a series of attacks, including one last month in Nice that left 86 dead when a man drove a truck through a crowd celebrating Bastille Day.