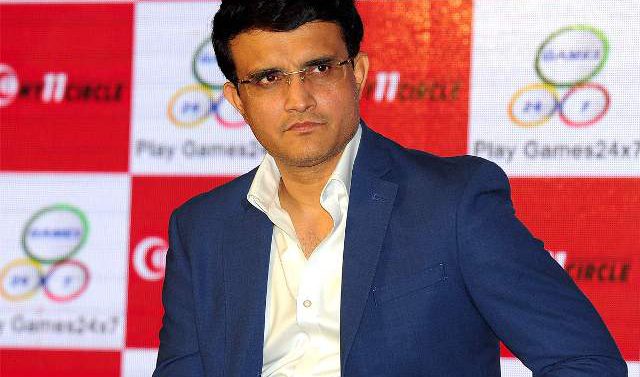 When the Board of Control for Cricket in India (BCCI) returns to the democratic process on 23 October, Sourav Ganguly, one of the glorious captains of Indian cricket, will take over the reins of the chairman of the board. Sources say that after the completion of three years of administration of the board appointed by the court, the board is returning to the democratic process.

Presently, this appointment for Ganguly will be for a short period only. According to the new rules, this appointment for Ganguly will be till July 2020 only. Ganguly has held various positions in the Bengal Cricket Association for the past five years. Among them, besides the President of the State Cricket Association, there is also the post of Administrator. According to the new rules, a person can remain in the post for six years at a time.

After Ganguly’s name was finalized for board president at an informal meeting of state units of BCCI, Ganguly said, “If there is such a rule, then we have to follow it accordingly.” My priority is to see first class cricketers. I had requested COA but they did not listen. The focus will be on Ranji Trophy cricket. Must see the economic interests of cricketers.

When Ganguly became the captain of the Indian cricket team in 2000, Team India was in a shambles. Earlier, Indian cricket had to go through the specter of match-fixing scandal. Ganguly not only boosted the morale of the players with his aggressive captaincy but also reinforced the belief that Team India can win abroad as well.
If Ganguly takes over as the chairman of the BCCI, his board room strategies in the ICC will be closely watched. How will Ganguly perform in this new innings, boards of other countries will also be interested in this.

Ganguly said, “I am happy with the appointment because this is a time when the image of BCCI has been hampered. I have got a big opportunity to do something. Whether you are elected unopposed or otherwise, it is a big responsibility because it is the largest board in the cricket world. India is a power house. It will be a challenge. “

When India Today asked Ganguly to compare his feelings with the times when he was the captain, he said, “Nothing can be greater than being the captain of India.”

Were you expecting to be the chairman of the board, Ganguly said , “I never thought I would become the president.” But India Today came to know from the sources that when the discussions were going on, Ganguly was the only top post in the board Was interested in handling.

When Ganguly did not wish to take any other position, the name of former cricketer Brajesh Patel also rose to the post of president. But Patel’s name did not get enough support and the BJP lobby in the BCCI also wanted to see Ganguly as the president. This development turned in favor of Baji Ganguly.

There is also a discussion that the ruling BJP has made a deal with the cricket star to be ready to be the face of the party in the next election battle of Bengal or at least to play the role of star campaigner. However, Ganguly categorically denied such speculations. Ganguly said, ‘There is nothing like that. Nobody said that to me. Ganguly can himself appear at the BCCI headquarters on Monday to fill the form.