In the Rajya Sabha on 3 August, former Finance Minister P Chidambaram demanded an assurance that the “standard” goods and services tax (GST) rate will not exceed 18 percent — an assurance his successor Arun Jaitley wisely declined to commit himself to. 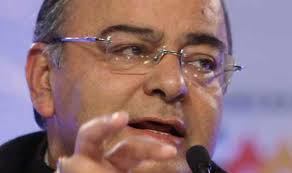 The standard GST rate is the middle rate leviable on the bulk of goods and services, with a lower merit rate below that for items of mass consumption, and a higher rate (for luxury and “sin” goods like cigarettes). Besides, there could be zero-rated goods (like petroleum, which the states want to milk as long as possible).
The media went overboard after the GST constitutional amendment bill was passed, with many newspapers headlining the event as the harbinger of “one-nation-one-tax.” Some TV channels started predicting a sharp drop in the prices of cars and consumer durables, assuming an 18 percent standard GST rate.
None of this is likely to happen. For the foreseeable future, we will be “one nation, many tax rates”, and not all taxes currently subsumed into the GST may disappear altogether. They will either surface as higher state GST rates, or new taxes leviable by city corporations. The 18 percent standard GST rate is simply too risky to accept — despite its desirability — as the current combined rates of central and state value-added taxes are far above the 18 percent rate in many cases.
Consider small cars . They pay a basic excise rate of 12.5 percent, and state value-added taxes are another 12.5-14.5 percent. Cars longer than four metres or with diesel engines attract even higher taxes in the 24-30 percent range. The central budget added a one percent infrastructure cess on cars this year, and some cities charge octroi rates above that.
We are thus talking an effective car tax rate of more than 28 percent for the smallest of cars. Why would any sensible finance minister at Centre or states reduce this to 18 percent? It is also not sensible to boost car sales by reducing taxes, when the state of our roads is abysmal and our cities reel under excess pollution.

Of course, cars may be a special case. But assuming an average excise-cum-service tax rate of around 14 percent for central indirect taxes (service taxes are now 15 percent), and an average five to six percent state VAT, we are looking at sensible combined rates of around 19-20 percent. Since states GST has to subsume many other taxes (octroi, entry tax, entertainment tax, luxury tax, etc), it is unlikely that we will get any middle GST rate of less than 20 percent.
So 18 is out, and 20 is what looks likely. Anything higher will risk inflation and a further slowdown; anything lower than 18 percent means the Centre may have to cough up lots of money to compensate the states for possible revenue losses. 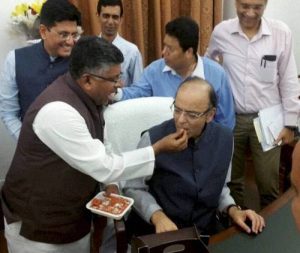 Even though 20 percent is a stiff GST rate, it seems to be the appropriate level at which all considerations merge: inflation and revenue loss risks will be tolerable, and the political fallout minimal.

Chidambaram’s 18 percent is a pipe dream, but Jaitley’s 20 percent (or more) is just about acceptable, economically and politically.