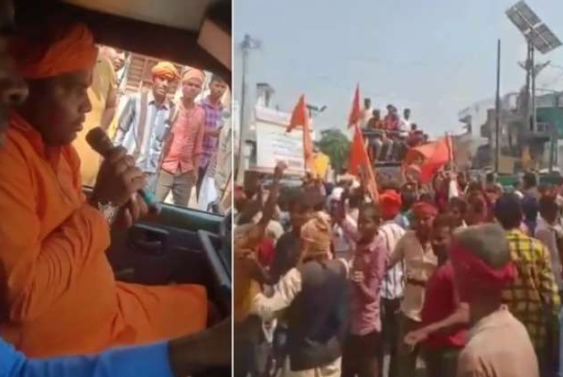 Six days after a Hindu priest’s hate speech outside a mosque in Uttar Pradesh’s Sitapur district, in which he allegedly threatened to kidnap and rape Muslim women, police have registered a case and are investigating the matter.

Speaking on a microphone, the man appears to make communal and provocative remarks as the crowd cheers him with shouts of “Jai Shri Ram”. The man alleges a plot to murder him and adds that a sum of ₹ 28 lakh has been collected for this. He then purportedly says that if a Muslim harasses any girl in the area, he would kidnap Muslim women and publicly rape them. The threat is met with loud cheers by the crowd.