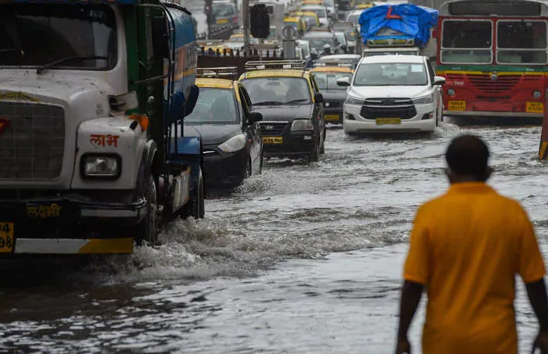 In a relief to Delhiites from sultry weather conditions, several parts of the national capital received incessant rainfall on Tuesday morning. According to the India Meteorological Department’s prediction on Tuesday morning, a thunderstorm with light to moderate intensity rain is likely in many parts of Delhi and Haryana and Rajasthan.

Delhi recorded 100 mm rain the last 24 hours with the downpour continuing this morning in the capital and nearby areas. The city is likely to see more rain the next two days, private weather forecaster Skymet said. Visuals of incessant rains were spotted at Delhi’s Connaught Place, Dhaula Kuan, and Kautilya Marg areas in the wee hours today.