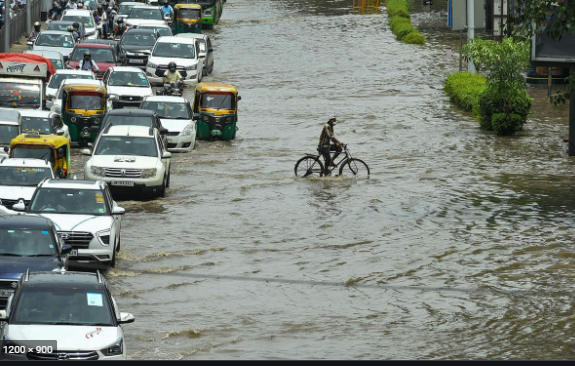 Vehicles wade through the flooded road during heavy rainfall in New Delhi on August 31. The overall air quality is in the satisfactory category as forecasted. Scattered rainfall activity in Delhi is likely in the next two days and likely to intensify thereafter. Satisfactory to Good AQI is forecasted for next three days.