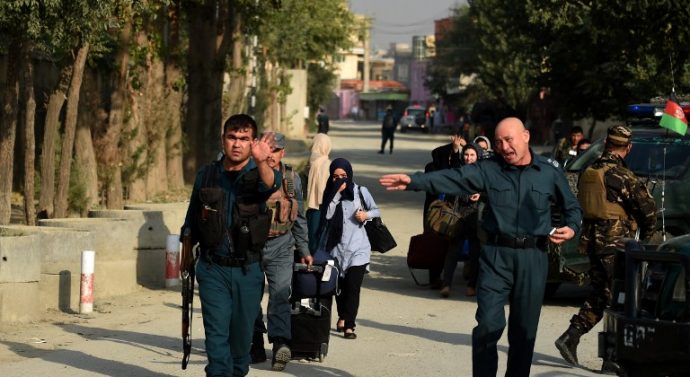 At American university there are 16 people kills in the Afghanistan. Sixteen people were killed after militants stormed the American University of Afghanistan in Kabul, officials said Thursday, in a nearly 10-hour raid that prompted anguished pleas for help from trapped students.

Health ministry spokesman Waheed Majroh told AFP. “Some of the wounded are in critical condition.”

The presidential office said the attack was “orchestrated” from Pakistan, Afghanistan’s longtime regional nemesis often accused of harboring the Taliban.

The dead included seven students and one teacher, according to Afghan authorities. Three police officers and two security guards were also killed, 53 others were wounded,” the Interior Ministry said.

Explosions and gunfire rocked the campus after the attack began Wednesday evening, just weeks after two university professors an American and an Australian were kidnapped at gunpoint near the school. Attack continue 10 hour and their sixteen people kills.

The attack, apparently the first major militant assault on a prominent university in Afghanistan, has cast a pall on the education sector, seen as a rare symbol of hope for the country’s burgeoning youth at a time of rising insecurity.