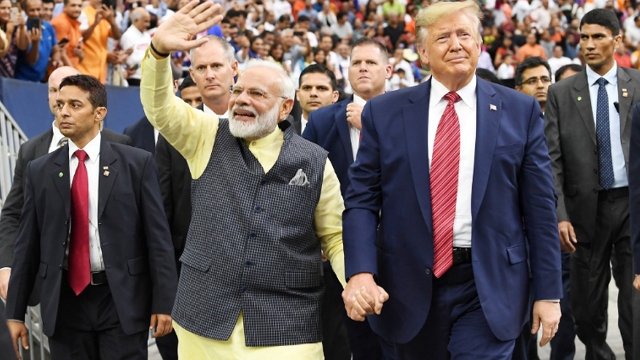 People of Indian origin were very excited about the ‘Howdy, Modi’ program in Texas. At the same time, many colorful programs took place on the platform of NRG Statue to welcome Prime Minister Narendra Modi and US President Donald Trump.

Trump and Modi will address 50,000 Indian Americans in Houston. It is very important for both countries and the community.

The NRG statute was once a showcase of Indian arts. At the same time, many American groups also displayed their culture. Gurbani and different Indian bands also performed in this program.

During this time several types of dance including Bhangra were staged here. Along with this, 50 thousand people also enjoyed many singing methods.

This is the largest conference ever to be addressed by an elected foreign leader visiting America, in which more than 50,000 people have attended.

US President Donald Trump will also share the stage with the Prime Minister of India at this event.

After this, after meeting with the elected officials of NRG at mid-day meal, Modi will attend the community reception at the NRG Center.

The Prime Minister is on a seven-day visit to America.