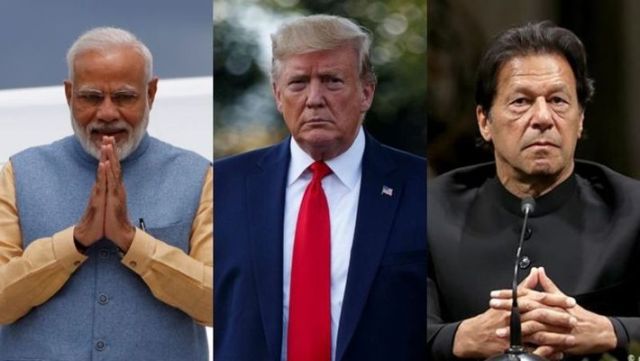 Pakistan Prime Minister Imran Khan has said that his country has to pay a heavy price for supporting America in the fight against terrorism. Pak PM said that in the end the US has blamed its failure in Afghanistan on the head of Pakistan, which is not right.

In an interview to Russia Today, Imran Khan mentioned the loss of life and property to Pakistan in the US fight against terrorism and said that the US blames Islamabad for its failure in Afghanistan.

PM Imran Khan said that when Pakistan supported America after 9/11 attacks, it suffered a lot. He said, if we had not participated in the American war against terrorism after 9/11, we would not have been the most dangerous country in the world today.

On the US attack in Afghanistan, Imran said, in the 80s, when the Soviet attacked in Afghanistan, the Afghan Mujahideen was trained against them by Pakistan, which was funded by the US investigative agency CIA. A decade later, when Americans arrived in Afghanistan, these groups of Pakistan were told that now America has come there, so now it is not jihad but terrorism. This was a big contradiction.

Imran said, I think Pakistan should have adopted a neutral attitude. These groups turned against us because of their involvement in the Afghan war.

Imran said, his country lost 70,000 lives and the economy lost $ 100 billion. In the end, it was not us Americans who were responsible for not being successful in Afghanistan. I think this is an injustice to Pakistan.

The same week, US President Donald Trump canceled the Afghan Taliban talks held with the help of Pakistan. Trump attributed the cancellation of peace talks with the Taliban to the Taliban attack in Kabul in which 12 people, including an American soldier, were killed.

The problems of Pakistan have increased due to the cancellation of Afghan talks. The US will increase pressure on Pakistan to prepare Taliban for ceasefire. On the other hand, Pakistan has also been playing the Taliban card in front of America to garner support on Kashmir.

Pakistan has suffered a setback due to cancellation of talks. However, it is a relief for India as presidential elections are due in Afghanistan this month. India has a strong relationship with the government of Kabul and has not recognized the Taliban as a legitimate political party. India has been calling the US-Taliban talks fatal.