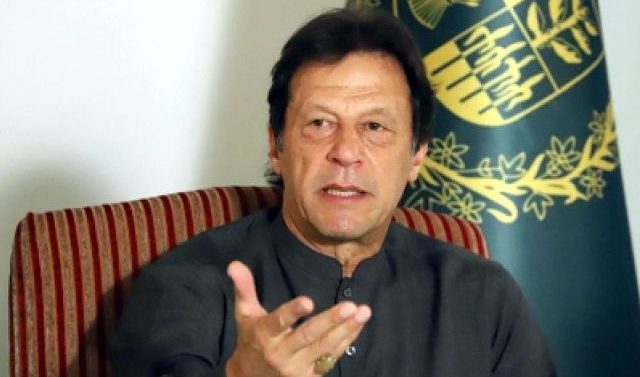 Pakistan, which has been isolated in the world on the Kashmir issue, has decided to continue efforts to convey its point to the countries. Pakistan Prime Minister Imran Khan will now hold talks with leaders of 35 countries on Kashmir issue. Actually, Pakistan has decided to present its stand on Kashmir in front of representatives of 35 countries on the occasion of United Nations General Assembly. These will include the President of America, Russia, China, France and the Prime Minister of Britain.

According to Pakistani media, Prime Minister Imran Khan will lead the country’s delegation to the 74th General Assembly of the United Nations (UNGA). Foreign Minister Shah Mehmood Qureshi will also be present with him. Pakistani leaders will meet representatives of 35 countries and inform them about the serious situation in Kashmir.

According to the news agency IANS, the report said that Imran Khan and Mahmood Qureshi will meet 10 temporary members of the United Nations, rulers and representatives of Islamic countries and leaders of many other countries in New York. It has been reported by quoting sources that Foreign Secretary Sohail Mahmood has sent a letter to the Pakistan envoys appointed in these countries to contact the officials there to decide the meeting to be held in New York.

Pakistan’s media report says that Indian Prime Minister Narendra Modi and Imran Khan will be together under the same roof for three days but there is no hope of talks between them or joining hands of the two leaders. Similarly, Qureshi and his Indian counterpart S.K. Jaishankar will attend several meetings together but there is no hope of direct interaction between them.

It is being told that after returning from New York, Imran Khan will visit Saudi Arabia and meet Crown Prince Mohammed bin Salman.

Imran Khan will talk to leaders of 35 countries