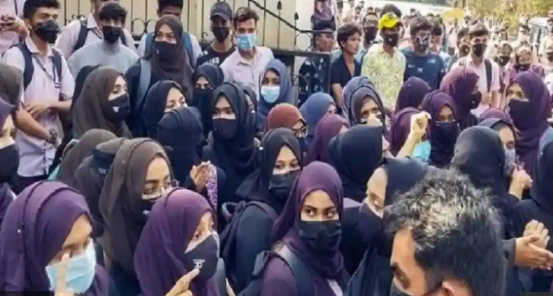 Amid a global uproar on the hijab row, India today said that motivated comments on internal issues are not welcome. Muslim students in several Karnataka colleges are demanding that they be allowed to attend classes wearing a hijab.

External Affairs Ministry spokesperson Arindam Bagchi said that those who know India well would have a proper appreciation of the realities. Our constitutional framework and mechanisms, as well as our democratic ethos and polity, are the context in which issues are considered and resolved,” Mr Bagchi said in a statement.

Yesterday, a US government body that monitors and reports on religious freedom abroad had criticised Karnataka.