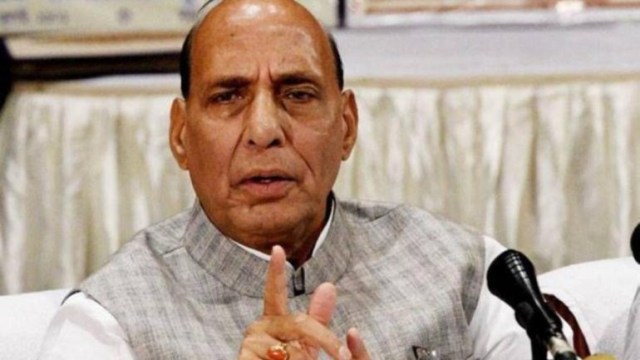 Indian Defense Minister will have a meeting with the French defense companies in the French capital Paris today. Before this, Rajnath Singh will go to Dassault’s company making Rafale.

On the day of Dussehra, France has formally handed over the first fighter aircraft Rafale to India. During this time, Rajnath Singh performed weapon worship at the Marinek airbase . October 8 was a historic day for the Air Force. France handed over RB 001 Rafale aircraft to India. Defense Minister Rajnath Singh formally acquired the first of the 36 Rafale aircraft on the occasion of Vijayadashami on Tuesday.

Defense Minister Rajnath Singh said in France on Tuesday that the Rafale deal was made possible due to the decisive capacity of Prime Minister Narendra Modi. He said, ‘India’s strategic capability has definitely increased after the acquisition of Rafale aircraft. But it has increased not in terms of attack, but in terms of self-defense.

Rajnath Singh performed the weapon worship after acquiring the first Rafale fighter aircraft. He then took a 30-minute flight on the Rafale plane.

Here, Dasha Aviation CEO Eric Trappier said that today is a proud moment for us. It is also a big day for the Indian Air Force. They said that we did what was in the agreement. Explain that India has entered into an inter-governmental agreement with France and Dassault Aviation for 36 Rafale aircraft. The cost of these aircraft is Rs 59,000 crore.