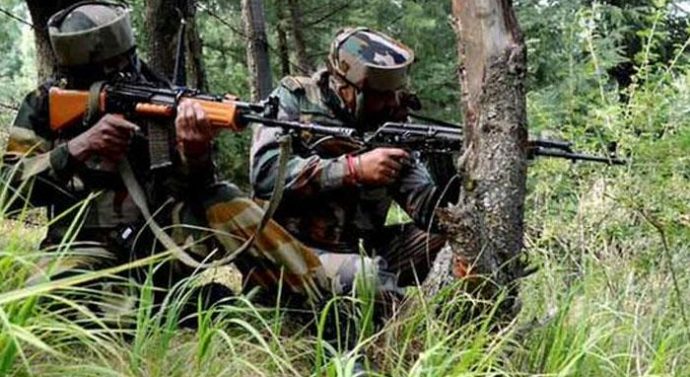 Jammu and Kashmir’s Poonch near the mini secretariat is hiding militants started firing again. The firing of the army from being answered. Since the encounter in Poonch on Sunday, four militants were killed by the army. 2 terrorists were killed during Sunday’s encounter. The army spokesman said the operation against terrorists in order to avoid large losses gradually being run. Security forces cordoned off the area is kept. This encounter has been the place where he is located 20-25 kilometers from the LoC.

Earlier on Sunday, four different places in Jammu and Kashmir gunfight between security forces and militants killed seven militants, while a policeman was killed. Overall still killed by the army in the valley 9 Aatnkion. The first encounter took place along the LoC in Kupwara Nowgam sector are trying to infiltrate the army killed four militants. The second encounter took place along the LoC in Poonch town where some terrorists entered the construction of Mini Secretariat.