Home / Politic / World / Japan has said that the presence of India in the NSG would help promote nuclear non-proliferation. 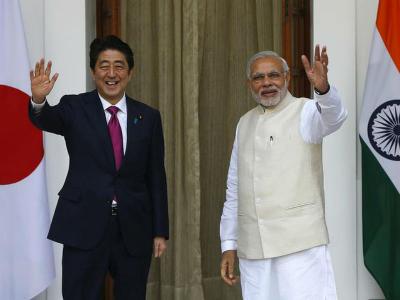 China Nuclear Suppliers Group (NSG) was opposed to the inclusion of India, but Japan has reiterated its support for India at the NSG, to promote non-proliferation in the presence of India will. Japan’s first such comment by the official statement that China has been a major setback. Japanese Foreign Ministry officials said that he is a member of the NSG to India together with India are working continuously.

Japanese Foreign Ministry Director General of Press and Public Diplomacy Yasukira Kavmora said we plan to continue to work with India on this issue because we feel that India’s membership would strengthen the nuclear non-proliferation Wyvsta. He said that Japan is constantly on India’s membership of the NSG will be a constant dialogue with the Member States.

Kavmora also added that India is no secret to stop the behavior of China, but Japan does not want to comment on the discussions within the NSG. He said the important thing for India’s membership to ensure consensus and work is being done in this direction. He said as far as B is concerned, Japan signed the NPT, under common sense will tell you to sign on to India.

Japan, India is in favor of membership, but when asked about Pakistan’s bid with Kavmora Other officials also said that India is trying to strengthen the export control system, while some countries need to do more is. He said India’s unilateral and voluntary moratorium on nuclear testing is one such effort.

Japan has said that the presence of India in the NSG would help promote nuclear non-proliferation.