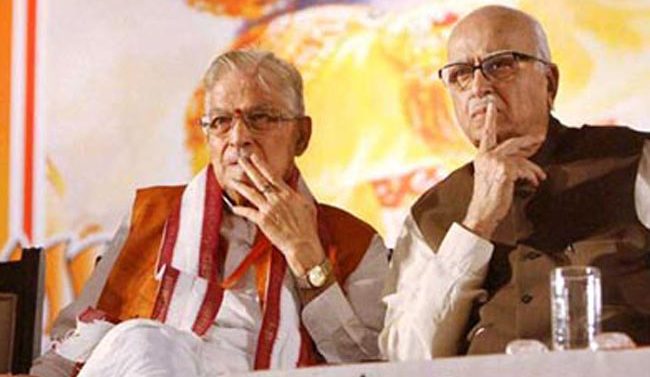 BJP’s internal politics are coming out about the persistent reports. Aside for the UP assembly elections, the party leaders are trying hard. UP CM has had so many contenders for the post. On the other hand, now in the race for the presidency are joining the BJP leader. Yet there was news about LK Advani. Advani’s name is believed to be at the forefront of the presidential race.

Please tell the current President’s term ends next year. Given that senior BJP leaders who now are on the slopes of political life are finding it harder. Murli Manohar Joshi, Modi had met recently. In addition, he met with RSS chief Mohan Bhagwat. These two meetings are being attributed to his ambition to become president.

BJP’s national executive meeting in Allahabad Joshi were not seeing much active. On May 22, he met the Prime Minister at his residence. The meeting was also discussed in the presidential elections. Important role in the selection of the presidential candidate of the Union be. Given that the union act, Murli Manohar Joshi has started. That is why in the first week of June Joshi met Bhagwat in Nagpur to Mumbai after the other union leaders on June 6-7 meeting.