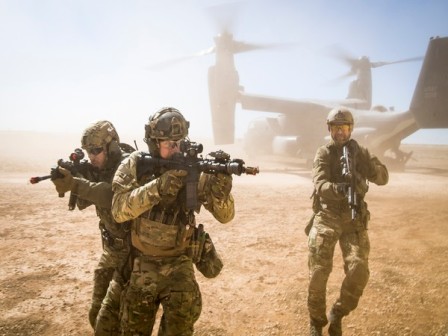 Afghanistan and the US military conducted a joint operation against the Taliban and Al Qaeda in Musa Kala on Monday. He was not involved in this operation aimed at Al Qaeda terrorist Asim Umar, but six Pakistani women including his wife have been arrested. The Security Council of Afghanistan has given this information.

The statement issued by the Security Council said that Al-Qaeda terrorist Asim Omar and Taliban leaders were present in a compound. The army launched a campaign targeting Umar. He survived, but was killed for conveying Omar’s message to Ayman al-Zawahiri.

ccording to the Security Council, the Taliban’s explosive chief and several other terrorists have been killed for Helmand province in this operation. Military forces destroyed the weapons and explosives on the spot.

Eight Taliban and several foreign terrorists as well as six Pakistani women were arrested. One of them is said to be Omar’s wife.

During the operation, more than 40 ordinary citizens are also reported to have been killed. The Afghan Security Council has described it as unfortunate. The council has said that as a responsible government we are assessing the reports. Only after this will any feedback be expressed.

Significantly, Musakala is the stronghold of Taliban. According to reports, more than 40 ordinary civilians were killed during this military operation in Musa Kala. All of them arrived to attend the matrimonial event.