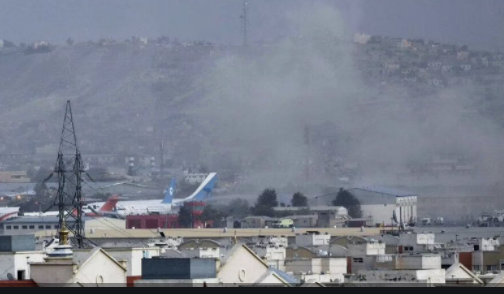 Two suicide bombers and gunmen attacked crowds of Afghans flocking to Kabul’s airport on Thursday, transforming a scene of desperation into one of horror in the waning days of an airlift for those fleeing the Taliban takeover. The attacks killed at least 60 Afghans and 12 U.S. troops, Afghan and U.S. officials said.

The IS affiliate in Afghanistan is far more radical than the Taliban who recently took control of the country in a lightning blitz and condemned the attack. The US officials said 11 Marines and one Navy medic were among those who died. They said another 12 service members were wounded and warned the toll could grow. More than 140 Afghans were wounded, an Afghan official said.

One of the bombers struck people standing knee-deep in a wastewater canal under the sweltering sun, throwing bodies into the fetid water. Those who moments earlier had hoped to get on flights out could be seen carrying the wounded to ambulances in a daze, their own clothes darkened with blood.