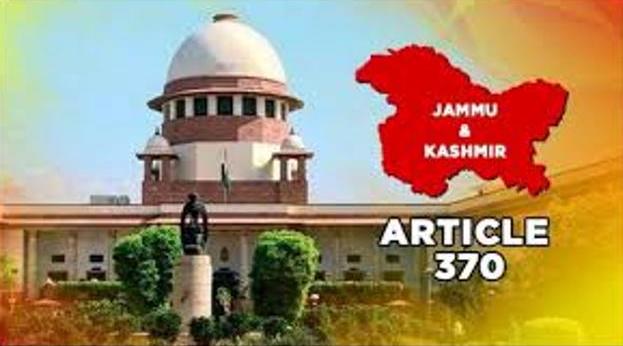 The Supreme Court will on Wednesday hear a batch of petitions challenging the Centre’s decision to scrap Jammu and Kashmir’s special status under Article 370 of the Indian Constitution.

A three-judge bench headed by the Chief Justice of India Justice Ranjan Gogoi and Justices SA Bobde and S Abdul Nazeer will hear the petitions. The petitions include those filed by leaders from the National Conference, the Congress, the Communist Party of India and advocates ML Sharma, Shakir Shabir and Soyaib Qureshi.

The state has been under an unprecedented lockdown since August 5, when the central government decided to revoke its special status and split it into two union territories. Thousands of troops have been deployed to prevent violence and protests in the region and communication lines have been cut in most parts.

Last week, the Press Council of India had asked the Supreme Court’s permission to intervene in Bhasin’s plea. The council, in its intervention petition, supported the ban on media and said it was “in the interest of the integrity and sovereignty of the nation”. The association changed its stand after widespread criticism from journalists, other organisations and allegations from members that they were not consulted before the petition was filed. While a group of journalists alleged that the council had abrogated its constitutional responsibility towards standing for press freedom, the Editors Guild of India asked it to rescind its decision.
Communist Party of India leader Sitaram Yechury’s petition in the Supreme Court challenged the detention of Kashmiri politician and the party’s general secretary Mohammed Yousuf Tarigami. The four-time MLA, has reportedly been unwell. Yechury had tried to visit Srinagar to meet him earlier this month but was sent back to Delhi.

Another plea was filed by Congress leader Tehseen Poonawalla against the restrictions and other regressive measures taken by the Centre in Jammu and Kashmir.

Kashmiri lawyer Shakir Shabir’s petition in the court said that the governor does not have the powers to make unilateral decisions on behalf of the people of Jammu and Kashmir without consultations as he is an unelected representative in the state.

Kashmir: The Supreme Court will today hear around 10 petitions related to abrogation of Article 370