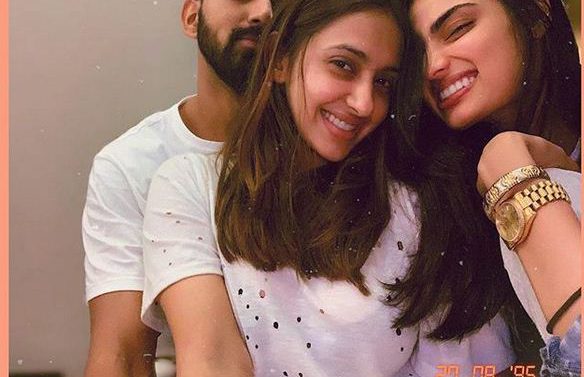 Athiya Shetty, daughter of Bollywood actress and Sunil Shetty, is in the news these days about her affair with cricketer KL Rahul. After being named in discussion with Rahul many times, Aathiya’s friend and designer Vikram Phadnis was seen confirming the relationship of both.

In fact, Aathiya shared an inspiration quote “Trust the timing of your life” on Instagram, on which Vikram commented, “You look very excited these days. Let’s go KL, Kuala Lumpur”. At this, Athiya replied, “The time has come to block you.”

This conversation of both did not end here. Vikram further said, “I will compel the umpire !! And once where your wicket fell …. then back to the pavilion” He added further, “What about the timing”.

According to reports, Aathiya and Rahul have been dating each other for the last few months. A few months ago, Bollywood Life quoted sources as saying that KL Rahul and Aathiya are in relation, but they avoid public appearances.

According to the source, the two started dating each other shortly before February. The two met through a common friend, Akanksha Ranjan. Akanksha also shared a picture of the three together on social media.

KL Rahul is currently in Jamaica for the India-West Indies match. In an interview recently, he said that his commitment is only for cricket at this time. Earlier, KL Rahul’s name has also been associated with actress Sonal Chauhan and Nidhi Agarwal. However, both the actress denied these reports.