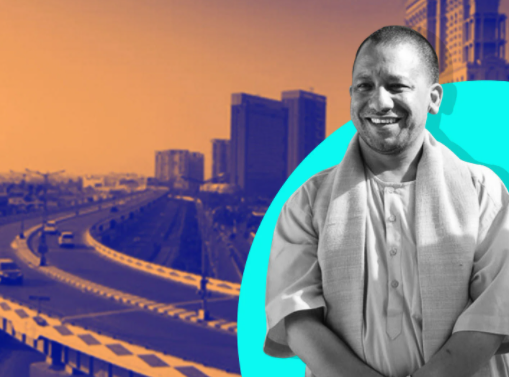 A full-page newspaper advertisement to boost the image of Uttar Pradesh Chief Minister Yogi Adityanath has hugely amused the Trinamool Congress, which accused him of showcasing the works of the Bengal government to win elections.

The advertisement released by the Uttar Pradesh government focuses on the development works done by Yogi Adityanath’s government over the last five years in the state, often seen as one of the most under-developed in the country. But the photographs meant to highlight the changes landed the party in controversy.

A chunk of the collage below the advertisement appears be a photo of Kolkata a flyover having the trademark blue-white paint and yellow taxis on it. Many social media users have identified the flyover as the ‘Ma Flyover’ in central Kolkata built by Mamata Bannerjee’s government.

Transforming UP for Yogi Adityanath means stealing images from infrastructure seen in Bengal under Mamata Banerjee’s leadership and using them as his own.