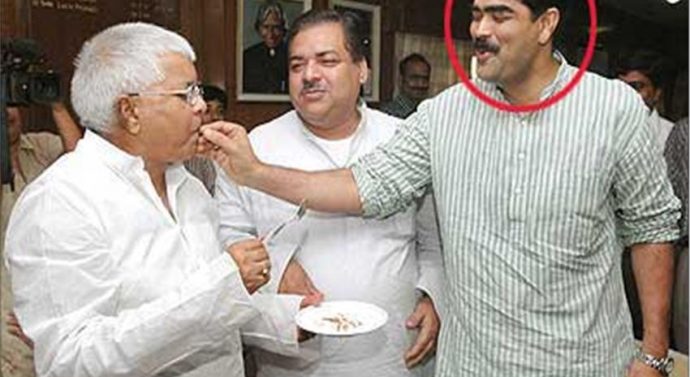 On receiving the information coming out of the prison of former RJD MP from Siwan administration has stepped up surveillance, deployment of security forces in the district have been everywhere. The opposition objected to the release of Shahabuddin, former MP BJP says that embody the wilderness of news to come out of the people are scared, frightened. The prison is attacked MP CM Nitish Kumar, he said that he is a leader that is not just because of the situation that CM, Shahabuddin, RJD supremo Lalu Prasad today said their leader, said to me under the umbrella of the same stay.

Shahabuddin was asked whether he would change his image, so he answered and said bluntly that it why I change my image?, I am, as long as 26 years, people have accepted me in this form, all that I was framed. The court sent me to jail, now the Court has freed me. Please respect the decision of the court, and I do not need to change your image, anti-propaganda plot against me, I am, as the public would like, because of its popularity in the past opponents was garish .

Shahabuddin, RJD leader acid Nhlakr killing two brothers and the only witness in the murder case of the third brother is accused of killing Rajiv Roshan, in the double murder had been granted bail in February, on Wednesday in the murder of witness were also granted bail, after which his release was today. Shahabuddin in Siwan district in the 2000s, ran a parallel government, was one of his own court, where people were dealt with by the decision himself, said Shahabuddin of Siwan district doctors’ consultation fees were set up.