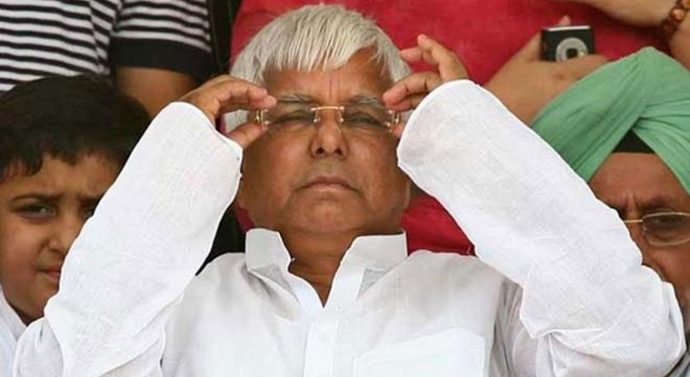 Lalu said that there is no difference in the grand alliance, all is well, not everybody worry any misunderstanding.

Shahabuddin came out of the Bhagalpur jail as their leader and Chief Minister Nitish Kumar, Lalu Prasad termed situational leader. His remark about politics is staggering. The statement of opposition and RJD leaders Raghuvansh Prasad Singh himself said that we wanted to see the chief minister Lalu Yadav, Lalu Yadav, Nitish Kumar said the leader of the grand alliance was accepted.

Next Sivan Replying to questions from the media after arriving Shahabuddin said that even as Jharkhand Chief Minister Arjun Munda and became the leader of the coalition, as sitting chief minister Nitish Kumar in Bihar. He has no support base. Nitish asks grand alliance leaders were not there.

These statements have been intensified after the political stirring. JD-U today convened a high-level meeting and its grand alliance team members were advised that they adhere to the coalition dharma. RJD leaders sought to show, especially vigorously.

Lalu Yadav in Uttar Pradesh assembly elections in the state, saying that the media will rally as much as would rally. The whole country is to eliminate sectarianism. BJP and RSS have fouled him in the country, which is to answer it.

When Lalu was asked, he said that the JD-U UP UP fighting all different. Show all their strength.