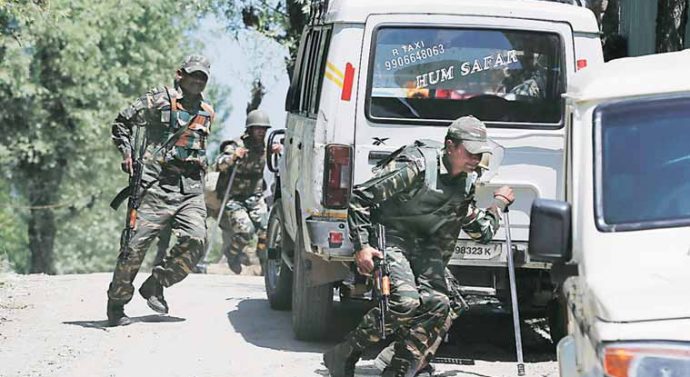 After the attack, the military and government Uri in Kashmir militancy appears in no mood to tolerate. On Tuesday, the major action against militants in Uri sector, while the military killed 10 militants. However, four to five terrorists in Kashmir Nowgam sector continues to encounter.

According to information obtained from sources Lksheepora area of Uri sector on the LoC infiltration group was 12 to 15 terrorists. Meanwhile, troops on the LoC Mustud challenged them and asked them to surrender.

The terrorists opened fire on the soldiers. Terror alert troops gave a befitting reply. Force 10 militants were killed in retaliatory firing by the army from the front is coming has not been confirmed.