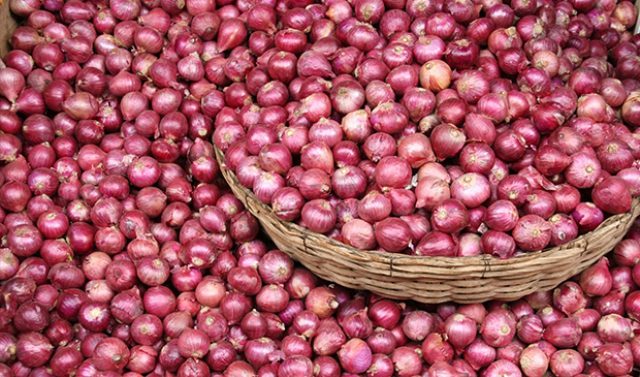 The Indian government is going to import onions from neighboring countries. This import will be done from onion producing countries like Pakistan, China, Bangladesh, Afghanistan. On September 6, 2019, the country’s public sector trending body MMTC Ltd. According to the tender issued by Metals and Minerals Trading Corporation of India, the government will import 2000 metric tons of onion.

This step of the government has been taken to meet the shortage of onions and to balance the domestic supply between rising prices.

The BJP can never forget that it had lost the government once due to the rise in onion prices.

Experts say that the MMTC of the government is taking out open tender to import 2000 MT of onion. This is to control the rising prices of onions. Experts also say that there will be no loss of onion-producing farmers because in view of daily consumption of onion in India, this import is extremely low.

NAFED Director Nanasaheb Patil says that in onion growing areas like Karnataka, Maharashtra, Madhya Pradesh, new onion crop starts coming from November. If the supply of onion declines by then, it will be completed with the new crop. Therefore MMTC does not need to import additional onions. MMTC has not imported onions for the last two years as onion production in India has been substantial. But due to continuous rains this year, onion suffered damage in most markets.

However, at this time the government itself has a buffer stock of 50 thousand metric tons. If demand increases then this stock can also be used. It is the responsibility of the government to take care of the consumers along with the farmers, so this step has been taken.

President of the Swabhimani Shetkari organization and farmer leader Raju Shetty alleged that the government is playing a losing game by announcing import of onions. With this announcement, such farmers and traders who have stock of onion will be forced to market it, which will cause the price of onion to fall. The farmers are getting good prices of onions, so the government should not import onions.