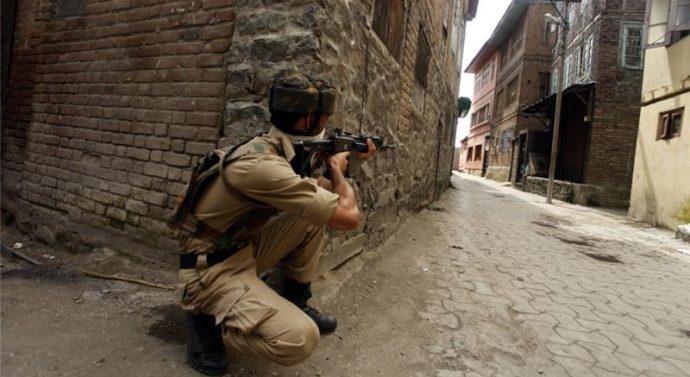 Where India celebrate their 70th independence day on Monday with joy and pleasure in whole country, there in Kashmir, Security forces struggled to contain street protests on Monday by Kashmir’s defying patrols and a stringent curfew after at least 25 people died in clashes that followed the killing of a top rebel leader.

From Red Fort Indian Prime Minister Narendra Modi made no direct reference to the situation in Kashmir in his annual Independence Day speech but made a general appeal for an end to violence, adding that India “will never tolerate terrorism”.

In the Kashmir, clash and curfew in their occurred, nine people including a 16-year old protester and a police commander were killed Monday in Kashmir as clashes and gun battles raged across the disputed Himalayan region on Indian Independence Day.

On Independence Day, where people celebrate and remember the martyr and their Martyrdom, on Monday, Earlier Monday a paramilitary police commander was critically wounded in an ambush in Srinagar’s Nowhatta locality and later died in hospital while two militants were killed in a shootout following the attack, an officer of India’s Central Reserve Police Force (CRPF) told AFP.

The Kashmir state’s first woman chief minister Mehbooba Mufti called on India and Pakistan to make the LoC irrelevant to bring peace in the region.

CM Mehbooba Mufti blamed the Indian leadership for the current crisis in Kashmir and appealed to protesting youths to return to their schools and colleges.