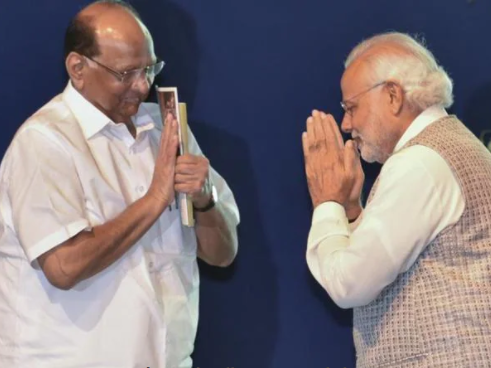 Nationalist Congress Party (NCP) chief Sharad Pawar today met Prime Minister Narendra Modi at the latter’s residence. During the meeting which lasted for about 50 minutes, the veteran politician raised concerns about the newly-formed Ministry of Cooperation and farmers’ issues, sources in the NCP said.

Apart from meeting PM Modi, Mr Pawar, 80, also wrote him a letter today, flagging concerns on the Ministry of Cooperation. He said cooperative banking sector is a state subject. ​Citing Supreme Court judgments, he said that any attempt of interference by the centre will be a breach of the Constitution.

The meeting also comes two days ahead of the monsoon session of parliament and amid reports of strains in the Shiv Sena-led alliance in Maharashtra, of which Mr Pawar’s party is a constituent. Earlier this week, Mr Pawar denied being a candidate for the post of President a speculation triggered by election analyst Prashant Kishor’s meeting with the Gandhis.